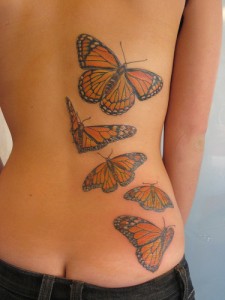 “Butterflies float skyward like liberation…
… Cellos are the waists and childbearing hips of country girls.”
(from Tropeland. Surreal estate.)

Again I’m very thankful to have my work published in a high-calibre journal amongst such esteemed company. 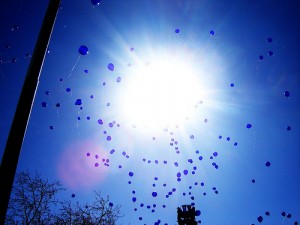 I’ve added a new remix of my poem Jordy’s balloons to the audio page (above.) Thanks to onlymeith (aka Carlos Clemente from Madrid, Spain,) who used piano samples by Benjamin Orth from Germany to produce a beautiful version which to me is simultaneously sad and uplifting.

Thanks to fellow Friendly Street poet David Adés (currently living in Pittsburgh) for alerting me to a review of my books micromacro & phobiaphobia in the French Cercles Revue (Rouen University). I haven’t learnt French since high school. Somebody help me! The review by Joanny Moulin of Université de Provence, Aix-Marseille is titled Trois exemples australiens de poésie « Nouvelle Phrase » and also includes David’s Mapping the World and Peter Lloyd’s Tales from the Labyrinth / The Stone Ladder. The French original is HERE.

A google translation is included below for your amusement!

It is in the Aesthetics of Hegel the idea at least implied the end of art, which bodes well for what might still be poetry when, past the historic period of romanticism, a fortiori that of modernism, she would have seen him break his discursive vase. TE Hulme defined Romanticism as Spilt Religion: comparably, Rob Walker’s poems are an example of this poetry overthrown, widespread in the aftermath of the postmodern celebration. The poem “a beginner’s guide to postmodernism” (without capitals) makes an inventory: “In the end nothing anyway Matters / everyone’s opinion as good SI / as anyone else’s / the external world does not exist. / Ignore it. ” In this case, the speech is meant ironically poetic criticism, but falls under its own satire. Aphasic singing posthumous author, this new poetic voice of Maurice Blanchot Antipodean is invaded by the hemlock of silence. Walker is a poet without words, without narrative poet, or more exactly a poet microdiscours of microrécits … It is not even given him to gain access to the failure of romantic beautiful. No more than the world, the art of today is not beautiful, not ugly either: it simply is not.

Remains a minimalist production reflecting this lack of being out of gas this: neither desperate nor funny nor witty, this poem is reduced to the ephemeral trace of being-towards-death. At times fascinated by spiders, see for example “Redback Spider (Male) Latrodectus hasseltii”: “You’re just a package of sperm To Her She Does not respect your / face it you’re a mind / sex object / your balls are one of The End your antennae and it’s the happy she’s after (…) “-Walker struggling in the web of language, so much so that tears it. What looks at first calligrams is really an explosion, implosion, text: double or triple columns, letters, walk, cut ups, minimalist pieces, “maternity and traction and go h-in-hand” (sic, in “Breaking mother’s back”) – a sort of monochromatic text equivalent of the table:

In many respects, the writing of Rob Walker is similar to the “New Sentence” was defined as Ron Silliman (1)-exacerbation of the logic of polyptych: its styling is dominated by parataxis:

Pataxis Is The dominant mode of post-industrialism experience. (…) As Object Of The media, we are inundated by intense bursts of narrative Continual-(…)-but These Are tightly managed miniature set paratactically Against the background conglomerate That Produces Them. Some language writers Have Attempted to use parataxes oppositionally in The Forms of “the new sentence” (…) Is Crucial parataxes: the internal, Autonomous Meaning of a new award Heightened IS, Questioned, and changed By The degree of separation or connection That The Reader With Regards To The Perceive Surrounding awards (2).

Poetry “New Sentence”, where Walker is lost in a maze like the concept of speech-book author, intermittently, snatches of speech, most often a politically correct basic point of caricature. In “How Do I shop at Ikea? “(Sic) he mocks as it takes the universe and dehumanized machinic department stores, in” A Villanelle is Certain Provisions in Relation to a Bill Regarding Anti-Terrorism by the Hon. Philip Ruddock “he vilifies such policy measures to regulate the immigration of asylum seekers, in” Good Morning, America “, the U.S. involvement in the Iraq war was denounced as a crusade:” Making war Under the Cross (…) have Iraqis hide from war plane / come out! here’s Democracy Now! “Etc..

But these fragments of speech are thrown further the effect of zapping broadcasting, producing a sound very symptomatic of modern times-“Silence Is To Be AVOIDED / a walkman is good / TV Much Better” (“metrophobia 3”) . Therefore, the impulses of sympathy for some similar suffering may appear in retrospect as an indifference masked by modesty, a remnant of humanity to which Walker collided with a soft bewilderment at the cruelty of the modern world, expresses well the head of Nebuchadnezzar by William Blake on the cover of phobiaphobia.

As Rob Walker, Peter Lloyd loves rare words-“eclampsiac”, “blastocyst,” “Spirogyra”, etcetera, but additionally with a penchant for obscenity-distinctive “Their wasted spray of cunt-juice, huge clitorises / in-steatopygia Of The Stone Age: Paleolithic Throwbacks “,” People fuck sheep / and eat spider. He smears tables coarse, but tender, the poor (the job Lloyd is building housing for the disadvantaged), in a world where a mechanical nature (“ice-machines of the Wind”, etc..) Is plagued by a Operating dressed in materialistic Christianity: “In the Church at the Crossroads of the Suburbs, / we all baptized Who leave / this cosmic dump-Their Tongues torn-out / Done With Suffering, bulldozers, broken glass, screaming anal worms.” Same noise meaning of a poem for the masses of media culture overfed to obesity brain: “Tomorrow’s headlines, TV news / like poetry-like / the soft seductions of a remote piping god / Caught in the forcefield / of exploding Superhighway / and the purple flowers of death-trees … “

Lloyd made excursions, more and more common outside the world of everyday dismaying, to discuss cultural experiences that might emerge roughly either the church or school, or television or web-“The Kreutzer Sonata “, a mass by Palestrina in” The Mass “, a Chinese poet in” Li Shizeng Moves House “, an allusion to George Orwell’s The Road to Wigan Pier he must explain in a note:” Anything for a book! Like Walker, Lloyd always gives the impression of being diagnosed with a logorrhea graphomania, secreted as a prophylaxis of anxiety in contact with a life to Samuel Beckett, depressing nonsense. There remains still something terribly philistine in this compulsion to produce ignorance, so read junk ‘like junk food. Promotional offer: the reader bought two books for the price of each first-hedging is the fourth in another, so the book can either gash by Tales from the Labyrinth or The Stone Ladder: just return in the middle … “In Times Trashed” is an explicit demonstration, among many others, this Brutalist poetry (as the brutalist architecture of the French “rough around the edges”) is trashy because she wants to image of his era:

And for Enviro crime / fraud / and or / corruption, theft, racism,

Powerless … Even In Our Lives-Where the Government pursuer

its ‘geo strategies’ by pissing On The heads of the Unemployed.

as, in The Same Breath, I note wall

by the Dead Animal Caff Which, this morning,-Announced

Screaming-This Is Our City, Our Planet, Our Universe …

More traditional poems from David Adès first appear as notes in a travel book, fleeting sensations captured by a tourist in search of history-“History / icts hides secrets from the eye / its Witness / Those Numerous hosts / Covering the earth / the bare earth Itself / reticent / aloof. ” The titles recall the steps of a journey outside Australia, “Leaving Piraeus”, “Samos”, “An Afternoon in Bombay,” “Nightfall, Dalat, Vietnam”, “Mojito”, “By the Straits of Florida” “Haad Rin, Koh Pha Ngan, Thailand, etc.. Archaeologist impressions, he collected fragments of poems in which words often polyptychs scattered on the page, forming the search for a lost sense-“I Thought to unlock mysteries: / words were top archaeological tools / excavating, brushing, sifting. “Some animal-poems” Dove “,” Egret “-the romanticism attached to a modernist at Saint-John Perse, for whom the birds were” the greatest verse in all the world. “

Care for nature Adès an element of mystery and he still inspires a sense of connection ocean-environmental “Forecasts / are unclear: my voice has got fickle swing / weathercock Beneath a wild, windswept sky. – “My Eyes Are floodwaters, The Bank of swollen rivers. Poetic discourse, a vestige of an era now obsolete, has the patina of conventional chromo-“The Muse Is A tease, a flirt, a flashing / skirt” dawn poem entitled “Daybreak,” etc.-which seems all the more incongruous that it is juxtaposed with poems like “Betrayal Squared”, consisting of four columns of words, calling a shuffle. David Adés is undoubtedly even more provincial than Peter Lloyd and Rob Walker: that although three poets whose productions are typically dated to the end of last century and are struggling hard to survive it.

Interesting what others read into your poems…

Paul and I go back a long way. Some of the first songs I learnt on guitar were Sounds of Silence, Homeward Bound and the lesser-known Sparrow (something of a theme of mine over the years.) I’m pretty sure that Paul doesn’t know that I exist. We don’t have a whole lot in common (nationality, fame and wealth for starters.)
I’ve been listening to his excellent new album So beautiful or So What for a couple of weeks now. Paul Simon’s amazing – nearly 70 and still as good as ever.
One song that’s had a bit of a hammering on the iPod is The Afterlife. Every time I hear it I can’t help but think of the similarity between the idea in the song – that the afterlife is simply a queue or a waiting room – and one of my short stories Running out of time:

And then you wait in the line…”

In my story Zachary is late for a job interview, gets totalled by a truck and finds himself in what could be an interview for the Public Service or interminable self-improvement group therapy:

‘Hi. I’m Jeremy, your new Case Manager. Before we start I need to tell you that our core business is Customer Satisfaction. I’d appreciate it if later you could complete this Customer Feedback Card regarding my performance.’
‘Um, sure. Where do I go for the interview?’
‘Counter A. It’s not far.’
Counter A isn’t too onerous. Zachary has to complete a D43 form with questions like previous addresses, religious beliefs (Zac just puts a dash here), DOB and DOD.
They proceed to Meeting Room 102 where they are expected. Zachary sits in the last vacant space in the circle of stackable chairs…”

I’m not accusing Mr Simon of plagiarising my concept. The theme of heaven-as-a-waiting-room is at least as old as the Kabbalah and the basis – I think – of Becket’s Waiting for Godot.

Running out of time was written while I was living in Japan in 2008 and an early version was read by Cath Kenneally on her Writers’ Radio program in 2010. It will be first published in print when the anthology Short and Twisted 2011 is launched in Melbourne next month.

Great to know we have at least one thing in common, Paul…