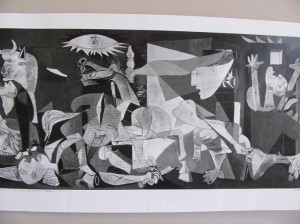 A poem of mine which had its genesis in a junior high in Himeji two years ago has been recognised in the Australian Poetry Centre’s national poetry competition: ‘Making sense of it’. The competition was looking for poems which “show life from a totally unique perspective, from an author’s own sensory experience, allowing others an insight into this distinctive view of the world – how the author felt, observed and encountered it.”
The top five poems selected were
Lines written in Himeji, 2008 by rob walker,
Night Fires by Mercia Morton,
Now Hear This by Lerys Byrnes,
Talking Behind my Back by Julienne Juschke, and
autistic child with acute auditory processing disorder by Melinda Smith.
I was particularly pleased that my work received glowing comments from Chris Wallace-Crabbe and was read publicly at a ceremony at the Wheeler Centre (Melbourne) on May 7.
My poem was written with a regular rhythm but little rhyme. It was a stressful time for me. The poem was written is an almost dissociated state after I had seen Picasso’s Guernica hanging in a corridor while thinking about plate tectonics and Japan’s amazingly disconnected culture and my tiny place in it…

All five poems will be recorded, performed and released on the APC’s 3RRR poetry podcast Nothing Rhymes with RRR, and published on the Australian Poetry Centre’s website.
Congratulations to winning poet, Melinda Smith. 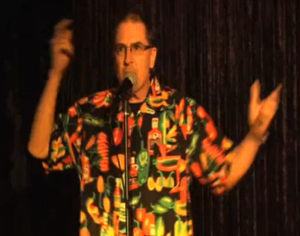 iPlod. Hip-hop for the middle-aged. I didn’t forget the words to this one – it was a lot of fun. Ended up with 3rd place in this competition (Royce had a well-deserved 1st.) Thanks to Ivan for the sax-work which was totally impro. 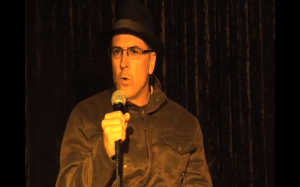 How embarrassing. My first appearance at RebelSlam last week was the Adelaide Poetry Slam’s swansong at the Tuxedo Cat before the wrecking ball smites the old building in Synagogue Place. The hardest part was trying to look cool when I went to jelly internally at forgetting my lines. Knowing it was being videoed for Youtube didn’t help. Next time I take a prompt card!. This is the same poem I performed at Goolwa with Max_Mo (see the last post.) The better-remembered and better-produced version is HERE. Amazingly I survived the dries to make the second round!

There’s probably a way to embed this, but I haven’t figured it out – yet. Follow the link below: