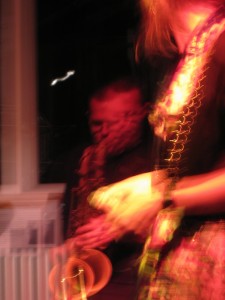 Thanks to all our friends, family & poetry and music-lovers for coming out on a wet Friday night to see Max_Mo’s last performance before Derek heads off to London and Amelia goes over to the Netherlands for a few months. I might be biased, but I think the Higher Ground gig was a personal best for both the musos and the poets. Thanks too for the great audio mix and Ray’s professional video of the whole proceedings. If you missed the gig, there’ll be more in the future. Meanwhile, check out both sound and vision at MySpace.

Steve Matters (Max_Mo composer, multi-instrumentalist & live bassist) has posted a great video for my Tupperware poem on MySpace. Max_mo will be performing live at Adelaide’s Higher Ground (Light Square) on Fri Oct 22 from 7pm. This is the REAL live show to replace the August one we had to cancel due to the Grand Breaking of Steve’s leg. Wish us good luck – but PLEASE don’t say break a leg…

And while you’re there, check out Mike Ladd’s INTIMATE TALK. 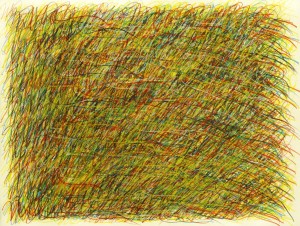 Go to Beyond black and white. Go to The Remixes.

Cheers to Guest Editor Alison Croggon for selecting my poem in the first place and thanks to Susan McMichael, Rebecca Landon and Oritsegbemi Emmanuel Jakpa for wonderful remixes of my work! 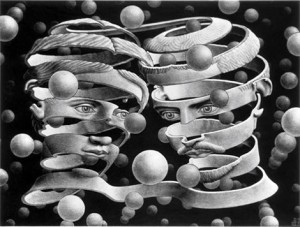 Like millions of others I recently saw the movie Inception which has a host of references to M C Escher, including staircases which go nowhere and a city (Paris I think) which folds into itself. This began a large circle of tangents (?!) in my mind. First to my own poem about M C Escher:

having a domicile designed by

Escher was a social advantage

The novelty’s worn off.

in the new millenium

Staircases are a tad passé –

you forget whether you’re

hardly practical with a

The last straw when

to geese and flying south…

When we were in Tsuwano, Japan in 2008 we stumbled on a small but quite comprehensive museum dedicated to the works of ukiyo-e (woodblock print artist) Katsushita Hokusai (1760 – 1849.) 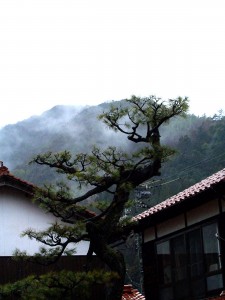 It was here that I learned that Hokusai studied the mathematical basis of his art as seen in his manga (artist’s sketchbook) of Escheresque geometric constructions of birds, fishes and studies of waves which culminated in his famous Great Wave off Kanagawa from the 36 Views of Fuji-san. 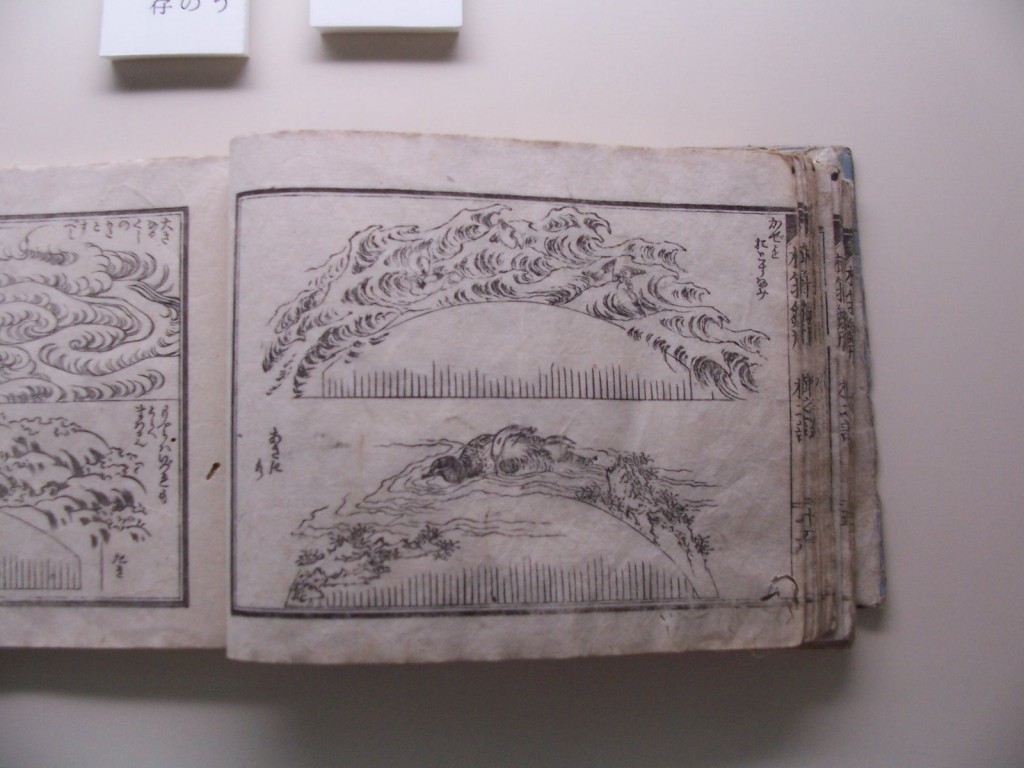 Hokusai visited Europe before the Meiji Restoration. Later his work was to influence Monet amongst others. So apparently even in the closed-to-the-outside-world of Shogunate Japan

it wasn’t possible to stem the flow of ideas. 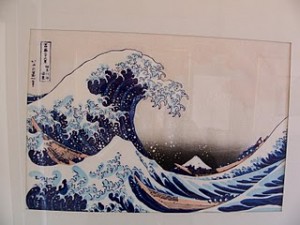 The Great Wave Off Kanagawa,

Japan Ukiyo-e Museum, out of Matsumoto.

And Escher is still inspiring artists and planting ideas in humanity’s mind in the new millennium.