A great remix of my poem Clearing the caravan park as No rent low enough by Wired_Ant (from Germany) on ccMixter. I think the composition is remarkably sympathetic to the tone of my words.

brief lives behind plywood,
aluminium and canvas. A few weeks stay
blew out to years.

now the land’s being developed.
the itinerants reminded of who they are
have pulled up sticks and blown.

trees logged and sectioned
where they lay, snakes truncated,
spade-sliced.

small squares of concrete aprons
pads for a cabin or footsteps
to keep mud out of the van.

where he had a quiet beer. where
they had sex. where
she wondered how she’d raise the kid alone.

now a giant hand’s wiped the pieces
from the chessboard.
only squares remain.

best to clear out the people,
fell the necessary trees. quick!
before the greenies get organised!

today all is silence.

the treelopper’s machinery
(plant without trace of irony)
stands idle.

it’s all for the best.
it will only improve the suburb.
lift the values. 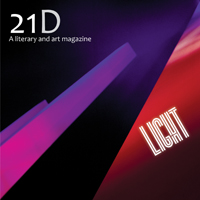 21D is a very slick, professional (though not-for-profit) literary arts magazine out of Melbourne, Australia. It publishes original fiction, poetry, photography and artwork. I’ve been fortunate to have had my poem semi-detached (about my experience with retina-detachment) accepted for the upcoming Light edition.
Please support 21D. It is these smaller presses rather than the publishing giants which are the backbone of poetry and fiction in Australia at the moment. Subscription details are HERE.
Thanks 21D for promoting my work. 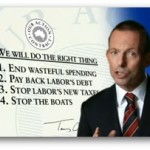 Another tragedy off the coast of Indonesia. A few weeks ago my poem Stopping the boats was commended in the Friendly Street Poets National Political Poetry Competition. The poem was written after Abbott announced his simplistic Stop The Boats campaign. Sadly, the government’s policy doesn’t seem to be largely different to the Liberal policy now.

I had a dream. And in this dream Tony The Good Abbott becameth the Prime Minister;

And the newly-anointed PM spake the Eleventh Commandment.

Thou Shalt Stop The Boats.

So it cameth to pass.

And the boats did stop.

And verily he introduced an Act to Enforce Boats and the Stopping Thereof.

Yea, he passed this Act into Law retrospectively and indeed the Boats Stopped.

And within minutes the Afghans were returned to the country from whence they came which was rent asunder by War and the Burmese were returned to be persecuted by their evil Generals and the Sudanese went backwards to the horn of Africa.

And the Populace Spake in One Voice that Tony was indeed

And it came to pass at that time that the Iraqis returneth from whence they came and Lo the Wave of Retrospectivity could not be stopped.

Half of Tony’s electorate disappeared because they were the offspring begat by the Cambodians and Vietnamese who cameth to these Shores in an Earlier Time under the Regime of Malcolm of Fraser when Boat People was a term of affection and Detention Centres were yet to be invented.

And the Rich were Not Happy Tony when all their trendy Vietnamese, Thai and Cambodian restaurants dissolved into the aether, then the Fish and Chip and Fruit and Vegetable shops went up in a Puff of Smoke with their Greek and Italian owners and the children they begat who had become the specialists and surgeons, servants of The Rich and the Chinese Take-Aways possessed by the merchants who were the third and fourth generation descendants of Chinese goldminers. Yea and even chevapchichis, souvlaki, yiros, falafels and all which was not beef, mutton and three overcooked veg.

Then all the descendants of the Irish, the Scot and the Englishman from their Divers Diasporas. And lo, Tony The Abbott disappeared up his own anus.

And on the Seventh Day only the Indigenous were on the Face of the Earth till they too drowned in their bark canoes and from That Time all the Peoples of The Earth (and indeed the animals which, verily, had boarded Noah’s boat two-by-two before the Late Tony had retroactively stopped it) ceased to exist.

For all who moved upon the Face of the Waters had perished.

And the World was indeed a peaceful place.

And it was all Good.

Congratulations to the winner of the Political poem competition, Tess Driver with her poem The People’s Wing Are Facebook Words 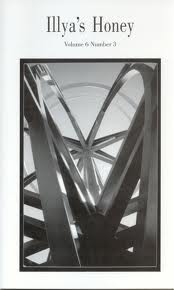 Illya’s Honey is a bi-annual hardprint journal of poetry and microfiction out of Dallas, Texas, USA.

I’ve been fortunate to have my poems “A cup” and “My left hand” accepted to appear in the spring issue to be released in May 2012. By this time I’ll be living in Japan! 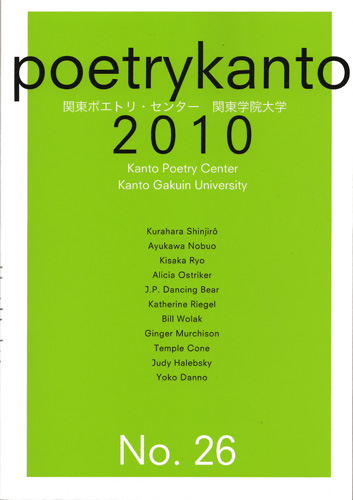 My review of Poetry Kanto Japanese/ English poetry anthology  has been published in The Compulsive Reader:

It seems that traditional Japanese poetic genres such as haiku, tanka, haiga and haibun bear much in common with present-day global modes. Brevity and imagist impressions of nature are universal and don’t date. When I first looked at this book I thought “Why put all these modern western poets in a Japanese collection?” MORE.