As a writer you are accepted or rejected on a daily basis.

It’s sometimes difficult not to feel that it is you as a person and not the work in question that is being judged. I try to celebrate the minor victory when a piece is accepted for publication.    I try to plough back into my work when something is rejected – and submit the piece somewhere else almost immediately.  I’m fairly stubborn (my wife’s word – I prefer persistent) so I wait until a work has been rejected many times before considering major rewriting.  On the other hand, a free-form poem I’ve struggled with for years has just been re-written in sonnet form and sent off yet again. Having edited an anthology myself, I realise that selection is at best a very arbitrary process. A poem may be selected on the strength of its having a humorous line when an editor is looking to lighten things up. Your brilliant short-story may be rejected because it’s 1100 words long and the editor only has room for 1000.  Over the past two weeks I’ve had work rejected by Kanto (a biligual English/Japanese website based in Yokohama), Etchings (an Australian-based literary magazine and Vibrant Gray ( a new online journal – good luck!) Conversely, I’ve had word that future work will appear on Cordite’s Secret Cities, Divan (an annual online journal) and a spoken-word/music composition poem on the underground written in London before the Iraq War will be heard on ABC Radio National’s poeticA

There are currently 46 poems in the ‘awaiting publication’ file (some recently completed, others rejected, but soon to be resubmitted elsewhere), 34 poems under consideration as audio, new-media or written form for competitions, journals and websites and over 200 in the ‘work in progress’ file. Some of these 200 are just a title or one line. Others are more substantial, but incomplete or otherwise not ready for others’ eyes. I never throw anything away. My poem at the experimental art foundation was rejected by Wet Ink and Going Down Swinging, but accepted by Cordite. Before leaving Australia at the end of ’07 I was beginning to feel that my creativity was drying up. Being in Japan has given me a wellspring of fresh ideas in a very different environment. It has also given me a physical and emotional distance to look afresh at some of the work that languished for years.  I’m in this for the long haul. I will continue to be accepted.

I will continue to be rejected.

I’m proud to announce that Barack Obama has commissioned me to draft his Inaugural Presidential Address to be delivered in February next year. He has asked me to keep it quiet. So few people read a poetry blog, I’m sure it would be fine to share it with my regular readers. Please keep it under your hat until  December, 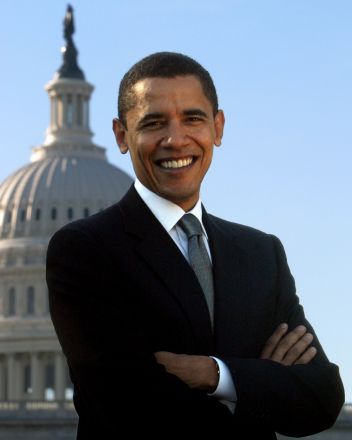 I believe with all my heart that the time has come for a healing.

You, the good people of America, have rejected the old politics of division and distraction. From the snows of Iowa to the warm winds of Florida; from the open spaces of the Grand Canyon to the canyons of the Big Apple, you have spoken loud.  You are tired of Washington’s business-as-usual. You are hungry for change. You are ready to believe.

From this day we strive for a politics of innovation and commonsense, shared sacrifice and common prosperity.

I have spent my life trying to bridge gaps between people. I can’t take credit – it’s in my DNA. It is who I am. It is what I believe.

I am the son of a white woman from Kansas and a black man from Kenya. I was raised by a white grandfather who survived a Depression and served in Europe during World War II. My white grandmother worked on an assembly line. I’ve lived in the slums of Indonesia and attended some of the best schools in these United States. My wife – and children – carry the blood of both slaves and slave-owners. I have family of every color, dispersed over three continents and throughout my life, however long or short, I will never forget that nowhere else on Earth is my story even possible.

“We the people, in order to form a more perfect union.”

So begins our Constitution. But perfect union is a state we have yet to attain. It is a process which may take more than this term of office – or even a whole generation. But it has begun.

“If a free society cannot help the many who are poor, it cannot save the few who are rich.”

These words were spoken in these hallowed halls by President John Fitzgerald Kennedy forty eight years ago today.

If we are to make this nation great once more, we must admit our shortcomings and plan for our future.

Fine ideals are a beginning. But they are just that. Our task over the next four years is to close that gap between the promise of our ideals and the reality of our times.

We need to rebuild our disintegrating schools and shuttered mills which are stealing the future of our children.

We need to listen to that deserted mother in a trailer-park in South Carolina who can’t get Medicaid to cover her sick child. She needs Congress to ratify CARE that cuts costs and makes health care affordable for every American.

We need to raise that Allentown worker who lost his job when the steel company moved its jobs off-shore, so that now he’s competing with his own teenager at McDonald’s for  $7 an hour.

We need meaningful work to put greenbacks in the pockets of struggling homeowners. We need to reach out to our seniors and veterans who have served their nation well and deserve to retire with dignity and respect.

So today I propose a new Initiative as revolutionary as the Democracy proposed by our founding fathers, as fundamental as FDR’s New Deal.

We expect Congress to respect the Will of the People and immediately ratify the Rebuilding America Bill, creating millions of “green collar” jobs.

We have many challenges to reconstruct our infrastructure –our crumbling roads, bridges and highways – on a scale unseen since Europe’s post-war reconstruction and the New Deal.

We have opportunities to revolutionize our public transportation, cutting down on traffic and pollution.

There will be opposition.

Washington lobbyists and special interest groups who’ve long been living high on the hog will holler that we are attacking the very essence of capitalism. We are not. We are using the Common Wealth as a safety net and a scaffold upon which we all can build.

The doomsayers will say it cannot be done. Those who said that young people are apathetic, that Republicans wouldn’t switch, that the wealthy are uncaring. That the poor don’t vote. Those who said that an African-American supported by a white woman could never become president of this great nation.

We have proven them wrong.

Together we will build a fairer America.

Again, here’s a review I wrote ages ago & published on compulsivereader.com. The People Singers by John Millet. Five Islands Press.”There are certain advantages in being in your eighties and possessing an aquiline sight for detail, a memory as sharp as razor wire and a subtle articulate sensibility. You remember youth with the intensity of yesterday, yet you can share the wisdom of introspection.” MORE…