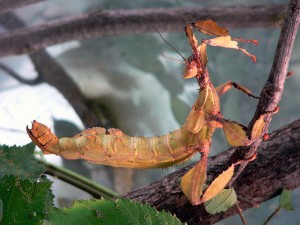 This minibeast (that looks like a preying mantis designed by a committee) is a native of Australia, yet I’d never seen one until a few years ago. I was so amazed by this creature that I wrote a poem about it. The poem was re-drafted many times over several years. I submitted it all over the place but couldn’t find a willing publisher. Ironically it was eventually accepted by Divan (one of Australia’s first online poetry journals) where I’ve been trying unsuccessfully to publish my work for years! Have a peek HERE.

Thanks to editor Dr Earl Livings for acknowledging my work.
(photo courtesy of Wikipedia)