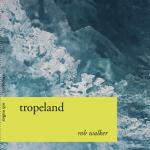 “Rob Walker is a perceptive spirit, and his language is fast catching up with his noticings.”    Les Murray.

“Informed by a performative style, Walker’s poetry is highly accessible, but never dumbed down. He’ll write about the Fibonacci sequence or Extatosoma tiaratum (the phasmid) as well as bong smokers in the suburbs. Bestiary, field guide and joke book, tropeland is sometimes sardonic, but tempered by a humanist and sympathetic sense of the comedic. Walker likes playing games with words, turning tropes inside out. Here he takes us on a journey from Japan to the backblocks of South Australia. I think you’ll enjoy the ride.”          Mike Ladd

“tropeland questions the poetic language that propels it forward – dismantling the prosthetic legs of its rhetorical feet. This collection of poems is characterised by variety in subject and form, articulating the uncanny amongst the ordinary and the sinister currents that underwrite the noise and bustle of our moment. The best poems show Rob Walker’s ear to be finely tuned to vernacular. Danny in Detention is particularly deft: a little masterpiece of the colloquial and concrete.”    Aidan Coleman

“Through Walker’s eyes the exotic becomes familiar and the familiar exotic. Within these poems the world is distilled down to its essential elements and cultures are dissected to reveal their unique componentry. This is a poet whose love of language sings from every page. Walker’s poetry is instantly recognizable for its balance of insight, cheeky wordplay and imagery that never pulls its punch. Walker is a poet of extraordinary range, able to move from satire to pathos with seemingly effortless grace. From Hiroshima to reality tv, this collection manages to swing between soulful and hilarious without a putting a foot out of place. Brave, beautiful and irreverent.”           Rachael Mead

“walker seems to swim in language, and he is dolphin-quick with his word play and banter: ‘vegans flesh out proposals/ meat is doing it tough’.        Lucy Alexander (Verity La)

“tropeland is exceptionally dynamic. Rob Walker utilises a range of forms to explore a number of issues and settings with deftness, humour and sympathy all at once. ”  Siobahn Hodge (Cordite Poetry Review)

“… tackles difficult subjects like learning and dying. The title poem declares wordplay and humour as important elements. Here, matches ‘spontane combustuously’ and vampire bats are ‘garbags’. Expressions like ‘Surreal estate’ and the idea of blank rainbows which we fill in ourselves…”

“If Cliché is a democratically elected form of truth, then Rob Walker is sitting as an Independent and disrupting proceedings from the cross-benches. He’s been warned by the Speaker.”  Mike Ladd (poet, founding presenter/producer of ABC RN’s Poetica)

“ … a wry, sardonic, meta-poetic, and often very funny exploration of politics, aging, current affairs, fear, travel, human weaknesses, technology, and much more.   This is powerful poetry that cuts through modern pretensions and the clichés we surround ourselves with razor sharpness. ”   Magdalena Ball (poet, author, critic, editor of compulsivereader.com)

“ He relishes word-play and the play of ideas it spawns, one wry eye trained inward while the other peers archly out onto an almost speculative world where what looks like chance could well be synchronicity ”   Michele Seminara  (poet, critic and managing editor of Verity La creative arts journal)

“ These eminently readable poems will delight you, amuse you and inspire you to re-examine those things around us which we take for granted. You will never look at a mouse-plague the same way again! ”   Tracey Korsten  (poet, actor, comedian, director, cinema/ theatre critic) 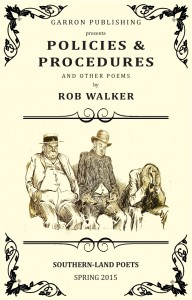 Reflective poems from the spokesman on Education and Health.

“The phobia is a rich source for poetry, not only because it draws on our universal and deep seated fears and therefore provides a hotbed of imagery and intensity, but also because it can be quite funny. As is always the case with walker’s work, the relationship between horror and humour is handled exceptionally well… 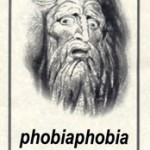 phobiaphobia is a chapbook that focuses on the phobia in all of its psychological absurdity and glory.

Even at his lightest though, walker always provokes the reader. Most of the poems push deeply, looking at the way we turn private tragedy into public hunger, as in “Pre-dated”, or how we might help a friend in pain, as in “Bipolar grief”.

“Whether he’s focussing on the minute worlds of insects or big political themes, rob walker’s poetry is witty, incisive and nicely attuned to the ‘mouthfeel’ of language. 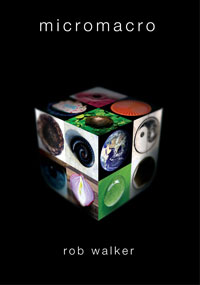 His black sense of humour is a bonus.” – Mike Ladd

walker grabs you by the scruff of the neck and pulls you up through a chemical mosaic of earth and ocean until you confront your earliest evolutionary ancestors. Then there are insects, spiders, birds, cats – and the human race. walker finds a wide range of subjects variously eliciting his wit, concern, outrage or empathy. He achieves memorable poems through a combination of startling visual imagery and a dialogue with language itself.” – Graham Rowlands

sparrow in an airport

from New Poets Ten, 2005. “… written with apparent simplicity and without engaging in sophisticated word play, there is a constant thread of preoccupation running from the local to the global. Some poems are marbled through with a contained distress or acrid criticism which hides in the form of humorous satire… In “colin powell addresses the UN”, walker moves to the scene of international politics and American intervention in Iraq. : 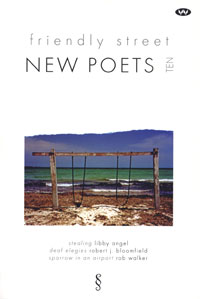 it’s powerpoint of course. / all power. no point. / microsoftware / before the macrohardware / all style no substance / erect an argument on flawed foundations / holes the size / of bombcraters / a colon / : pregnant pause before a war /

(as editor, with Louise Nicholas.) 2006 “Housed in a satisfyingly clean and handsome volume are the works of first-time tyros and those who have been featured regularly since the first Friendly Street annual reader or who have found over the years a national, even an international voice. Dip into this fecund variety, from haiku to concrete verse, wit to wisdom, or read from cover to cover and marvel at the sway that poetry supposedly unpopular and unpublishable, still holds over our hearts and our imaginations.” 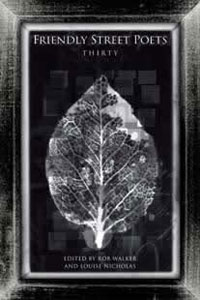 “So with over one hundred members… you can imagine the range of quality, theme, tone, length, style etc. And this anthology provides us with a taste of the diversity that Rob Walker and Louise Nicholas had to endure through their sifting and sorting through a seemingly endless pile of poems. But the two noted poets have managed to put together an anthology that, yes, changes mood from page to page but is somehow whole unto itself. It is an anthology that is lively, contemplative and vividly accessible. These poems prove that Adelaide, as far as the poetry scene goes, is on the map and there is not a single poem in this collection that does not deserve to be published.” Heather Taylor-Johnson, SAETA Newsletter, Summer, 2007.

graphic design / surface detail All three publications above had covers designed by one of my two talented sons, Ben. You can see examples of his body of work at : www.surfacedetail.com