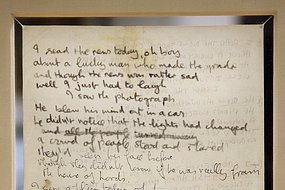 I’m in London right now visiting my daughter Amy. I read here that John Lennon’s original draft of his A day in the life recently went at auction for £810 000 & that took me back to the first time I heard that masterpiece when I was an innocent boy of 15. Years later it inspired this (less lucrative) poem:

A day in the life

You imagine the solidity of
bricks      mortar      suburbs.
The transience of music & memory.
rehearsing the school musical
in the community Hall in Camden
At the cast party the camaraderie
of shared experience.
When you could have a wild time
without booze or drugs wearing the new pinstriped flairs
And the whole night playing
that one new record over and over
called Sergeant Peppers.
Every track a fresh view of
the world.
Thirty five years on taking a shortcut
you find yourself in the same street.
Everywhere beige courtyard homes.
The music and memories more
concrete with time 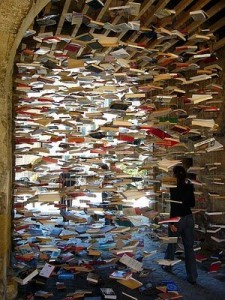