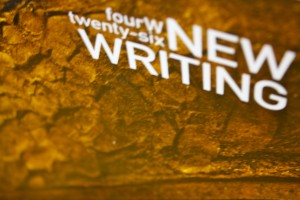 My latest publication in fourW New Writing twenty six. fourW has been good to me – it’s the third consecutive year that my work’s been published by Wagga Wagga Writers Writers and its editor David Gilbey (speaking in tongues in 2014 and retired banker in a nursing home, 2013) with my first one Redback spider (male) being published way back in 2005. As David Gilbey says in the editorial:

What’s so special about fourW?” as if its particularity is somehow not immediately obvious: arising out of a quarter of a century’s advocacy for writing – from Wagga Wagga, a regional city half-way between Sydney and Melbourne, on another axis between Brisbane and Adelaide. fourW is inevitably distinctive, idiosyncratic due to its location, its contributions, its (some would say) quaint/quirky presence – we could invoke Gerard Manley Hopkins here and trumpet fourW’s ‘inscape.’ ”

It’s good to be sharing the book with local poets Rory Harris, Jill Jones and Jules Leigh Koch (as well as a lot of renowned poets from all over Australia.) Thanks to fourW for publishing my work one more time – long may you continue as a regional promoter of Australian writers! 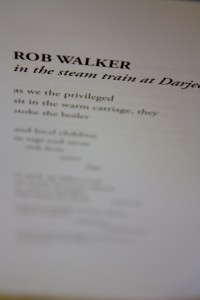