I was amazed at the performance standards at Friday night’s Poetry Slam SA State Finals at the Goodwood Institute. The poets keep getting younger and better – and it’s great to see two young women Amy Watson and Roisin Murphy-Haines taking out  first and second (and the right to compete at the Sydney Opera House.) Both performances were passionate and nuanced. Roisin tied and had to produce a second poem (in my opinion even better than the first) to take second place. Thanks to Spoken Word SA for your continued support for poetry performance in South Australia. 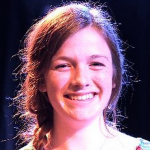 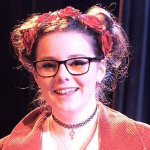 (Both photos from the Spoken Word SA Facebook page. I think the photographer was Martin Christmas.)