Funny thing, awards. I would be lying if I said that I didn’t care whether I won the Unpublished Manuscript Award or not. I would have loved to have. Winning awards is good for the reputation and gives a writer breathing space – if it’s a generous payment – to get on and write. Of course I told everyone that I didn’t really expect to win but there was that little optimist in the back of my head saying what if? And I’m not being glib when I say that I was honoured to have been shortlisted and found myself in such esteemed company.

We were in the onsen town of Gero in the snow-covered Alps of Honshu for the weekend. The traditional ryokan-style hotel had wi-fi in the lobby but it wasn’t easy to get info on the Adelaide Festival Awards for Literature on a Saturday night. (Now had it been a footy or test match, no probs, but Literature doesn’t rate highly in Australian popular culture.) 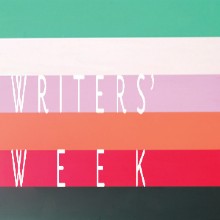 There was nothing on Adelaide Now or ABC online. The editors had put the papers to bed. Even ArtsSA and the Adelaide Festival websites weren’t updated. It took facebook and comments from fellow-contenders Rachael Mead and Belinda Broughton to find out that none of us had won. Incidentally, the winner of “our” section (let’s be honest, we live in a very small pond and we’re all self-obsessed!) was Margaret Merrilees whom I’m ashamed to say that I knew nothing about, but I’m looking at past work on her blog and she’s a very talented writer – although I’m sure she doesn’t need my imprimatur. We both belong to the South Australian Writers Centre, but as far as I know we’ve never met.

Anyway, in case like me you weren’t up-to-speed with the race results, here they are:

Barbara Hanrahan fellowship:  Nicki Bloom, The Sun and the Other Stars

Congratulations to all the award winners. I hope that your careers are enhanced by the prizes and that the money buys you valuable writing time.