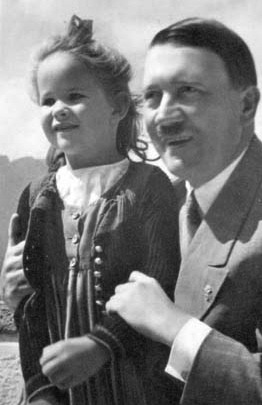 Speck (M. Gersten) usually mixes his innovative works to one of my pre-recorded poems. This time I’m inspired to write something based on HIS work. It all came from the title Meant To Be, the suggestion of marching, the lyrics of Vie de rose and recent reading on the Weimer Republic and the rise of Nazism. I merged this with the old moral/ philosophical dilemma on whether it’s an ethical thing to kill Hitler. I tried to make it personal. Thanks to Speck for the brilliant material to work with.

Do you believe in destiny? That some things are just meant be? That time must march a steady beat? The jackboots stomping in the street?

That future’s written like the past? Some things endure and some won’t last?

So, picture yourself, a time traveler back in thirties Berlin. Weimar Republic Cabaret. Bauhaus.

You meet him in a Beer Hall. A young demobbed soldier, now unemployed artist. After a few steins he tells you of the betrayal of the German Volk by the gutless leaders. While he was earning the iron cross in the trenches and taking ground the politicians were capitulating. And now The People have lost their pride, lost their land. They need Living Space. And after a few more beers he tells you of his Grand Plan to rid the Fatherland of the vermin. The homosexuals. The whining, soft intellectuals, the Jews. He seems so idealistic, this young man, Adolf. We The People need to Take Back Our Country. Get rid of Illegals.

But you’ve been to the future. A future already written. He doesn’t know that. He doesn’t know that the hand in your pocket is gripping a gun. This is the moment. Fire the shot. Save millions of lives. Can you do it? Face to face with Adolf Hitler, a gun in your hand. Will you kill him in cold blood? Knowing what you know now. You have one opportunity. Can you squeeze that trigger?

Can you squeeze that trigger?

The is now was…