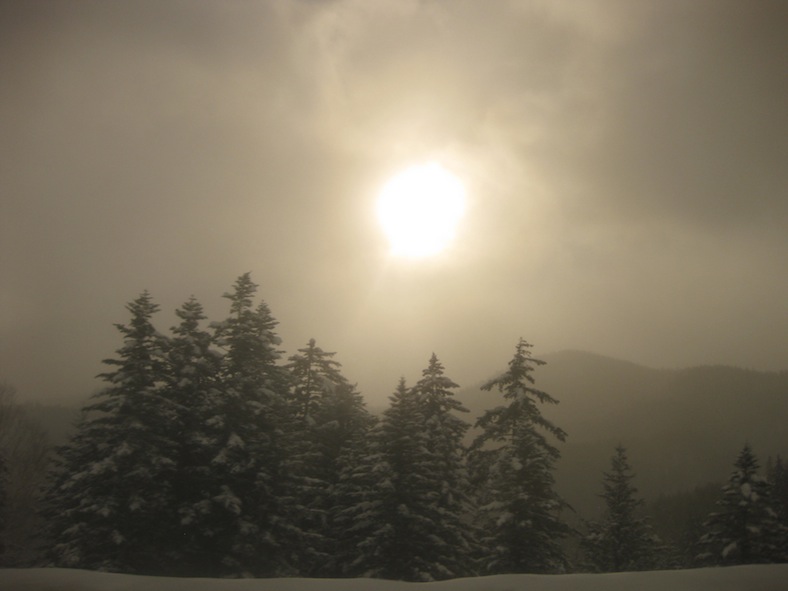 This is a poem about the making of a poem. In January I’d signed up for the ccMixter Leap of The Heart secret mixing project before realizing that I’d be travelling in the far north of Japan. I got the secret artist sent to me while I was in a blizzard (luckily, inside a hotel which had internet in the lobby.) The following day I mixed Transcending Silence on my MacBook during a whole-day coach trip heading west. When I’d finished the remix I reflected on the entire bizarre experience and wrote a poem about it.

The music I chose is a sample by colab of Toronto simply called piano 3/4. Looped, I find it hypnotic and achingly sad yet beautiful.

i have been to the north-eastern coast of hokkaido in winter going-with-the-floe in an ice-breaker-for-tourists and now we spend hours crossing back across the width of japan to sapporo. I spend elastic hours gazing at a pure-white landscape, the farmhouses and barns snowed in, the fir forests dabbed like plaster-of-paris            scenes i’ve previously seen only on christmas cards.

and in between i am mixing on my laptop.

mixing my own previously-recorded voice reciting a poem i wrote years earlier about my father when he was still alive. blending it with some beautiful piano by dokashiteru and the slightly-raspy singing voice of hektor thillet. and i’ve never met these people but their music and my words are now embroidered into my poem, a constantly changing whitelinen landscape and my own emotions 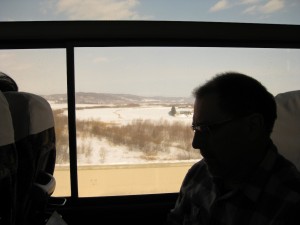